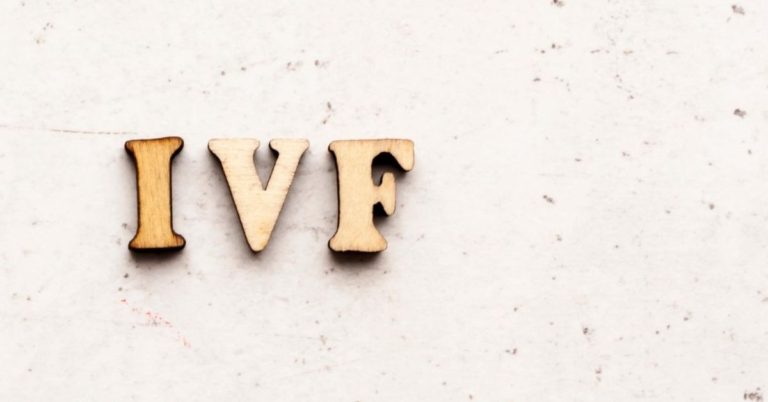 Before June 2015, I really didn’t know much about in vitro fertilization (which is also known as IVF). So, being told by the doctor that I can’t naturally bear children was definitely heartbreaking.

Infertility affects so many families! Many of which turn to IVF with the hopes of becoming parents. It’s kinda sad because not all families have a successful outcome.

Since everyone’s situation is different, it’s important not to compare your situation with someone else’s. I’ve decided to share my IVF story in honor of national infertility awareness week.

This the first time that I’m actually publicly stating I’ve gone through IVF. I hope our story helps someone that is thinking about or already started the process of in vitro fertilization (IVF).

After my hubby and I eloped, we decided it was time to start our family. I’ve never had any infertility issues so it was exciting knowing we were at a good place in our life to start a family. A few months passed and I became a little concerned. I then decided to go to my primary care doctor to see about getting both of us checked out.

My doctor told me that after couples have tried for a year a more, they then would be referred to an infertility specialist to do some preliminary testing.

Did I forget to mention that I was 35-years old at this time?

Well, that meant I didn’t have a year to wait to see what happens before actually getting any testing done. I expressed this to her and she then referred me to a doctor at the IVF of South Florida.

I was able to get an appointment with the IVF of South Florida within a couple of weeks to have a procedure called hysterosalpingogram (HCG). This procedure was somewhat painful (in my case). It didn’t last long but it was like have bad mensural cramps for a straight 10 mins or so.

During the procedure, the doctor showed me the screen and explained that both of my fallopian tubes are blocked (which is why I was feeling so much discomfort). After the HSG produce the doctor basically told me there is a procedure called laparoscopy that would allow me to investigate the blockage.

I had the option of trying to find out what was blocking my tubes but the odds that procedure working was uncertain. The doctor felt it was a waste of time to do that procedure (his exact words). As I’m still sitting on the table and trying to wrap my head around all of this devastating information – he then stated he felt my best option was to do IVF.

It was tough because I really wanted to know why my tubes are blocked. The laparoscopy procedure is not a sure thing and then I could still end up being faced with doing IVF anyway. He was very blunt and a little bit on the insensitive side with how he delivered all this information to me. They left me to get dress and I sat there crying. I was so emotional.

I was able to talk to Kaye (one of my best friends) on my drive home and she was able to calm me down. She made me realize that it wasn’t as bad as it could have been. Yes, being told that you can’t bear children naturally is a hard pill to swallow but focusing on a solution (IVF) helped me cope.

Having the support of family friends played a major role in this entire process for me.

How much does IVF cost, anyway?

So, after my hubby and I talked it about and accepted the fact that IVF was our best option for us (the hubby was still a lil hesitate), I started doing a lot of research online. One of the things that became discouraging was the cost of IVF. IVF can range from about $12,000 and up (plus the cost of the medication).

There are a number of things that determine the cost of an IVF cycle. For us, it was gonna be about $20K. The worst thing about it at the time was our health insurance (United Health Care) didn’t cover IVF.

This was so upsetting because $20K is A LOT and that’s just for one IVF cycle. It’s said that the average family does 2-3 cycles prior to have a successful IVF cycle. Choosing the “right” IVF office will also determine the cost of your IVF cycle (along with your location, your specific issue, your health, etc).

My hubby and I now had to have another conversation.

This time we had to discuss how we were gonna pay for IVF and how we felt about this financial commitment.

We both felt we didn’t want to get into debt by taking out a loan or paying with a credit card. We then considered using our savings but then that would suck us dry. Neither of these options was gonna work for us so I started looking into grants and financial assistance (specifically for IVF families).

I found a lot of different resources but it seems like you had to apply (if you’re were eligible) and then there was still no chance we would be approved for financial assistance. Even though we didn’t want to go broke doing IVF cycles, I felt we needed to do EVERYTHING in our control to at least try.

Doing research is great but actually booking a consultation appointment with the infertility doctor is important. This is the opportunity for you to ask ALL the questions that you may have. I made sure I took a list of questions with me to the initial appointment. After talking to Dr. Wetizman, it really helped us decide that IVF would definitely be for us.

I also met with the financial advisor. She advised they have a loan program but I expressed to her that we really didn’t want to get a loan if we could avoid it.

She then looked at my file and told me that insurance coverage would cover it up to $25K.

Come to find out my insurance coverage changed and United Healthcare started offering coverage as of January of that year. I was so happy because this meant we could proceed with IVF and potentially become parents.

How long does an IVF cycle take?

The timeline for going through an IVF cycle will vary from person to person. The IVF process for us was actually not that bad. It was an easy process (for the most part). My experience with The IVF of Florida was okay but there were a few things that weren’t communicated well.

I ended up being “assigned” to Dr. Wetizman and she was great! Since my hubby travels a lot for work, I did a lot of the IVF appointments without him. I personally didn’t feel the need to have someone with me at every appointment but of course, this is different for everyone.

He was at the appointments that mattered – except for the egg transfer. Kaye actually was there for my transfer. She flew all the way from Atlanta to Fort Lauderdale just to be there with me (Love her! . . . She’s the best!).

From the time that we informed the IVF of Florida that we wanted to proceed and up until the positive read from the pregnancy test, it was about 3 months. We are truly blessed and the IVF process was such a smooth transition for us AND it worked the first time!

Overall, I would highly suggest in-vitro fertilization for anyone having infertility issues. All the waiting is probably the worst thing I experienced while going through the IVF process (besides the initial shock of it all).

There is so much waiting. . . Waiting to see the doctor at each appointment, waiting to see how many healthy eggs are vital, waiting on the outcome of the pregnancy test, etc.

Are you considering IVF? In vitro fertilization (IVF) is a great option for anyone with infertility issues. I highly recommend going to an infertility clinic and talking to a doctor about your situation and options for getting pregnant.

Let me know below if you have considered IVF or have you done IVF and don’t forget to share it with someone else that is considering IVF. 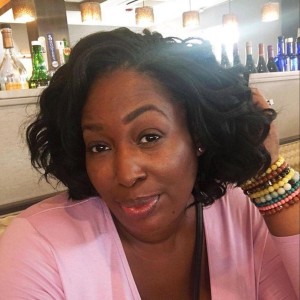 Hey, there! I'm Shalona!👋🏾 I’m a wife and mother, travel + lifestyle blogger, mompreneur, and crafter. Welcome to our community of moms where you can seek help for all things pregnancy, parenting, and being a boss mom. I truly believe every situation is different so we do the best that we can and keep it moving. . . just know it’s ok to not always have it all together!

PrevPrevious ArticleThe Do’s and Dont’s of Traveling to Cuba from the U.S.
Next Article New blogger? . . . The ultimate step-by-step guide to start a money-making blogNext
13shares